Your Pocket Guide to the FIFA World Cup 2018

It's that time again - Where all the soccer (or football, we're not trying to ruffle any feathers here) fanatics gather together to watch the tournament of tournaments, the magnum opus of the football world, the World Cup!

We're getting really excited here at Catch HQ and the decorations are already going up on people's desks. Bruno, our resident Italian is unsurprisingly not participating this year, sorry Bruno.

With all the excitement and anticipation building, we thought it would be a great idea to put together this pocket-sized guide on who's who, and let our local armchair experts give us their two cents on who's going to take home the 2018 cup.

With a squad that's denser than a fresh baguette, ‘Les Bleus' are serious contenders this year. France has enough quality players to field at least two competitive teams and have had to cut talent like Anthony Martial just to make a final 23.

The biggest threat to France's chances here would be their infamous lack of consistency. They're known to lose the ‘easy' games, drawing with Belarus and Luxembourg and losing against Sweden in the qualifying stages.

Ranked #3 in the world, the Belgian's are very similar to the French in that they're packing some serious talent. The biggest challenge Belgian manager Roberto Martínez will face is managing his troops and getting the Red Devils to work together, despite their noticeable lack of chemistry.

This golden generation of Belgian football includes some seriously big names like Kevin De Bruyne, Eden Hazard and Romelu Lukaku. To take the wins in Russia, they're going to have to really gel if they want to beat the bigger teams they'll face after the group stages. It's not looking good though, with De Bruyne publicly criticizing manager Roberto Martinez' defensive tactics during the qualifying stages late last year. Let's hope they've pulled it together since then.

A squad with the same ruthless efficiency as their nickname, The reigning champions are as always, very strong contenders. The Germans managed to win the Confederation Cup last year with half of their full squad resting so unless your German, you should be very, very afraid.

To illustrate just how strong the Germans are, take a look at their keepers... Marc-André ter Stegen is the starting keeper for Barcelona, one of the strongest, most prestigious clubs in La Liga, and he can't even get a game. The honour falls to Manuel Neuer, arguably the best keeper in the world right now and winner of the ‘Golden Glove' at the 2014 World Cup in Brazil. 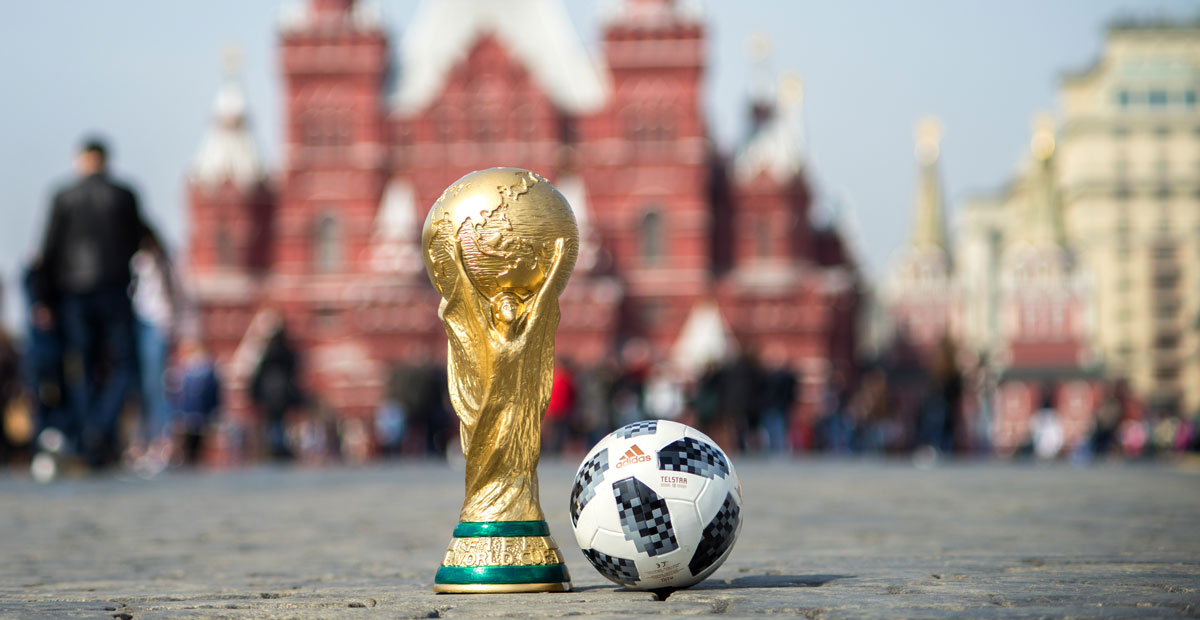 We love an underdog and you'd be hard pressed to find a bigger one than Iceland this year. This is Iceland's first ever world cup, which follows their massive success in the 2016 Euros, They beat England 2-1 in the round of 16. Not bad for a team whose manager is also a part-time dentist.

Iceland is led by the viking-esque Aron Gunnarsson, renowned for his toughness on the pitch and his passion for the Icelandic team's success. He's also known for running the famous ‘Viking Clap' with fans. Something we're very much looking forward to seeing in Russia.

Sorry to say, but I don’t think us Aussies stand much of a chance in the 2018 World Cup. A decision analyst from the Australian School of Petroleum used an uncertainty model to simulate Australia’s chances of winning and it wasn’t good. The Socceroos have about a 0.1% chance of winning the tournament. But as we know in football, anything can happen, Just look at Leicester City.

We asked the local pundits here at Catch for their picks. Here's what they had to say...

Bruno - "Stop asking me about the World Cup. I dont care."

Matthew - "I think Belgium has it. Plus, I love their chocolates."

Nick - "You can’t go past that dominant French side..."

The spectacle runs from the 14th of June all the way to the 15th of July, 2018. Loads of matches, loads of great action. Check out this handy World Cup 2018 schedule and stay in the loop for when your fave teams are on the pitch.