The truth is, chances are pretty slim that organised society will abruptly collapse, plunging the world into a brutal New Dark Age of dog-eat-dog chaos.

But on the off chance it did happen, wouldn't you feel pretty stupid if you could have been prepared for it with a few convenient, affordable purchases from Catch?

We'd hate to see you feel that way about yourself. So here's our shopping list of essential supplies to ease your journey through the shattered post-collapse hellscape - and maybe even have some fun doing it! First things first: fortify your compound with this high-grade galvanised steel razor wire. It's sure to make marauding bands of mutants think twice about invading your bunker - unless, of course, they've evolved some sort of hard, metallic carapace over their skin. But if the mutations have gotten that crazy, it's pretty much game over anyway, dude. The Weed Forager's Handbook : A Guide to Edible and Medicinal Weeds in Australia

OK, then you gotta eat. Did you know there's all kinds of free food just, like, popping up out of the pavement? Some of those weeds are good for medicine, too, especially in a world where your neighbourhood chemist is a smoldering ruin. And since we're talking about weeds, they're tough plants, likely to survive - nay, thrive - in whatever environmental nightmares have devastated the post-civilised world. Bon appetit! 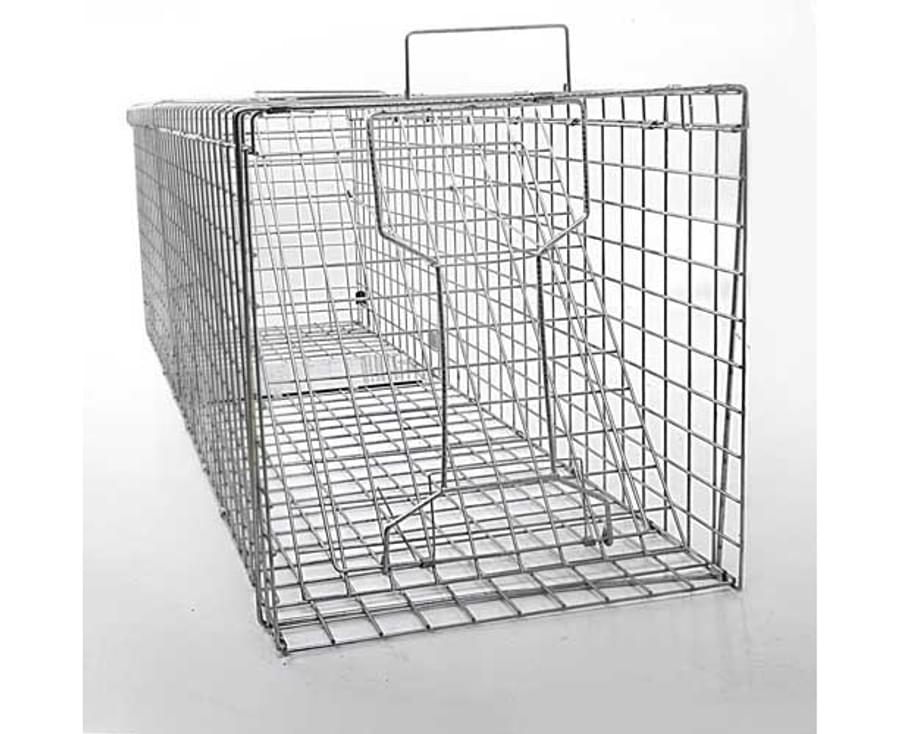 But man cannot live by dandelions alone, amirite ppl? Bulk up your post-apocalypse diet with some animal protein with the help of this trap cage. Hey, maybe nuclear radiation will make meat taste even MORE delicious. That would be cool. Nobody enjoys digging a ditch. Whenever somebody hates their job, that’s what they always say: ""It beats digging a ditch."" Everyone agrees they'd rather do anything than dig a ditch. So why, when the shackles of so-called civilised society have been broken by some unimaginable catastrophe and your boss can’t push you around anymore, would you choose to dig a ditch to dispose of your waste? You're off work FOREVER, man! This comfy seated toilet flushes just like the ones you used before the collapse, and you only have to empty the tank after every 20 liters of waste. We have to admit we've never accurately measured our personal waste output, but 20 liters sounds like a lot. It's always sunny after the Apocalypse, at least in most of the movies we've seen. Grab that free energy with both hands thanks to this portable, flexible solar panel blanket. You can power your little warlord compound without getting mixed up in any vicious battles over dwindling fossil fuel resources. Now that's living, brother! Here's what the movies don't tell you about the world after The Fall: it's pretty boring. Between the fights against radioactive cannibals and giant laser worms, there's an awful lot of sitting around. And if you're bored by the selection on Netflix now, just wait until it drops to zero. Even watching Stan will seem exciting in retrospect. Think about that. So a 1000-piece jigsaw puzzle will be the biggest blockbuster spectacle in town. Maybe pick up a few different ones, because eventually you'll get so starved for entertainment that doing a jigsaw puzzle will be like Black Panther and the AFL Grand Final and Hamilton all rolled into one. Did that jigsaw puzzle make anybody else crave potato chips? Mmm, potato chips... you know what? This list was going to be about 10 essential supplies for surviving the Apocalypse, but screw that. We're too hungry to finish. Might as well take advantage of the agricultural-industrial complex while we still can, right?