The Deadliest Sports in the World

What is the most dangerous sport in the world?

This is an exploration into the lesser-known, most gut-wrenching and downright painful sports and sporting spectaculars on the planet. From braving 50 foot tall ocean monsters to conquering man-made machines and fighting for your life in the most challenging arena in the world, we’ve uncovered it all in our hunt for the world’s most dangerous sports.

Discover how and where you can witness these daring events for yourself and find out what it takes to conquer fear at its most elemental levels.

Welcome to the danger zone.

There’s only so much the human body can take. Professional tow-in surfers like Laird Hamilton and Buzzy Kerbox have chosen to ignore the limits of the human body and find a way to ride the biggest waves in existence. Surfing open ocean swells with waves up to 50 feet tall is virtually impossible without some help - the simple act of paddling into one of these monsters is unheard of, due to their sheer power and size. Where human endurance fails, a jetski is the perfect substitute. Tow-in surfers literally tow themselves into waves too big to paddle into.

Let’s think about that for a second - a wave that’s too big to paddle into. 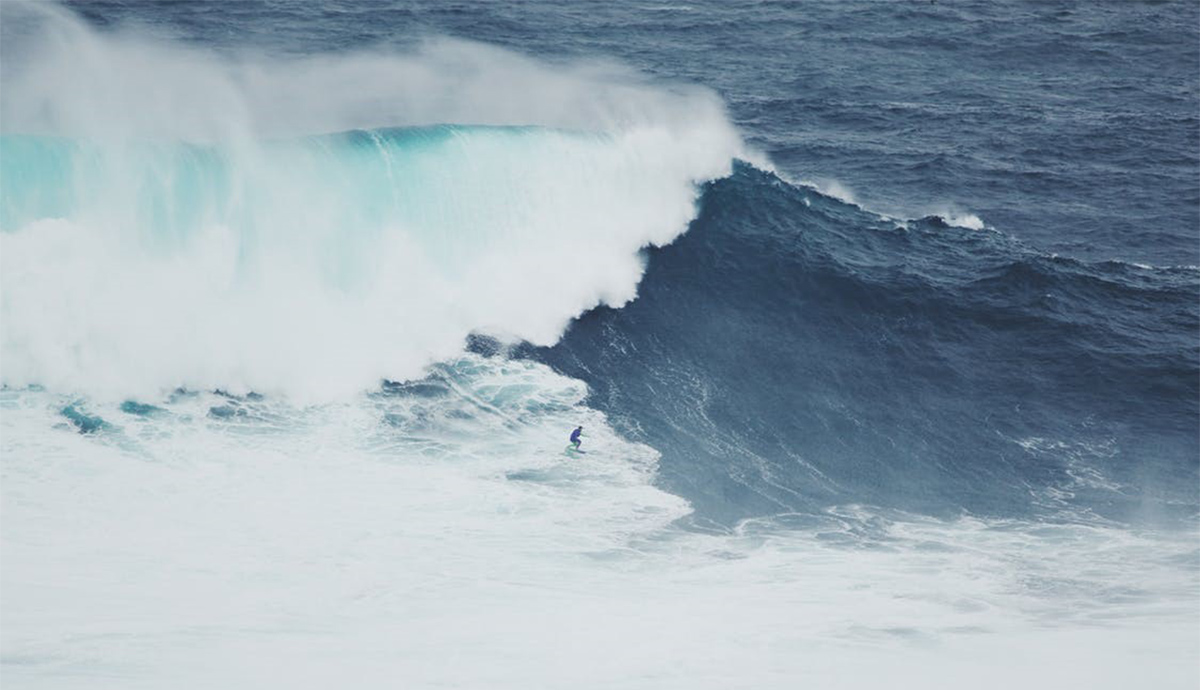 When you see the size of these waves in person, the normal human response is utter disbelief. Seeing someone actively putting themselves into the crest of one of these goliaths with nothing but a piece of fiberglass latched to their feet and hanging onto a flimsy waterski rope is nothing short of spectacular.

Seeing this battle of nature’s brute force vs. human will can be tricky. Tow-in surfers are practically storm-chasers, constantly monitoring deep ocean swells and brewing storms, always at the ready. These mega-swells rise at a week’s, sometimes a day’s notice.

Your best chance to see some seasonal big wave action is in Pe’ahi, on the north shore of Maui, Hawaii. Here lies the most famous big wave spot in the world. Affectionately known as “Jaws”, this surf break sees some of the largest breaking waves on the planet. When wind and sea conditions align and Jaws is pumping, you can be sure there’ll be riders out there, putting it all on the line.

The Deadliest Ball Sport Ever?

Jai Alai is without a doubt the fastest ball sport in the world. The game is played on a court with a front, back and left wall, somewhat similar to the look of a squash court. A goatskin ball is hurled against a wall with a curved basket-like device called a “cesta”. The ball, known as the “pelota”, weighs around 130 grams.

The whole picture looks alot like squash. The only difference is, the ball here can travel at a bone-crushing speed of anywhere between 250-300 km/h. Get hit by one of these goatskin balls and you’ll definitely feel it. Gruesome bruises and even broken bones are not uncommon.

Many say, that when a player gets hit by the ‘pelota’, they’re never the same again.

You can check out this insane game for yourself in France’s Basque country where you’ll find the commune of Saint-Jean-de-Luz. Here, the game is called “Cesta Punta”. For just 13 euro you can see the action first-hand at the Internationaux Cesta Punta. You’ll also find Jai Alai stateside in Florida, at Dania Jai Alai

Snocross is the wintertime equivalent to motocross. With high-powered performance snowmobiles built for reaching speeds of over 90 km/h, this racing sport is exceedingly dangerous. These specialized vehicles race through tracks with treacherous turns, obstacles and even launch ramps. These ramps can be up to 9 meters tall, launching riders up to 40 meters into the air before landing. With man and vehicle hurling through the air in a race against the clock, Snocross is a spectacle worth the winter cold and guarantees a unique experience. 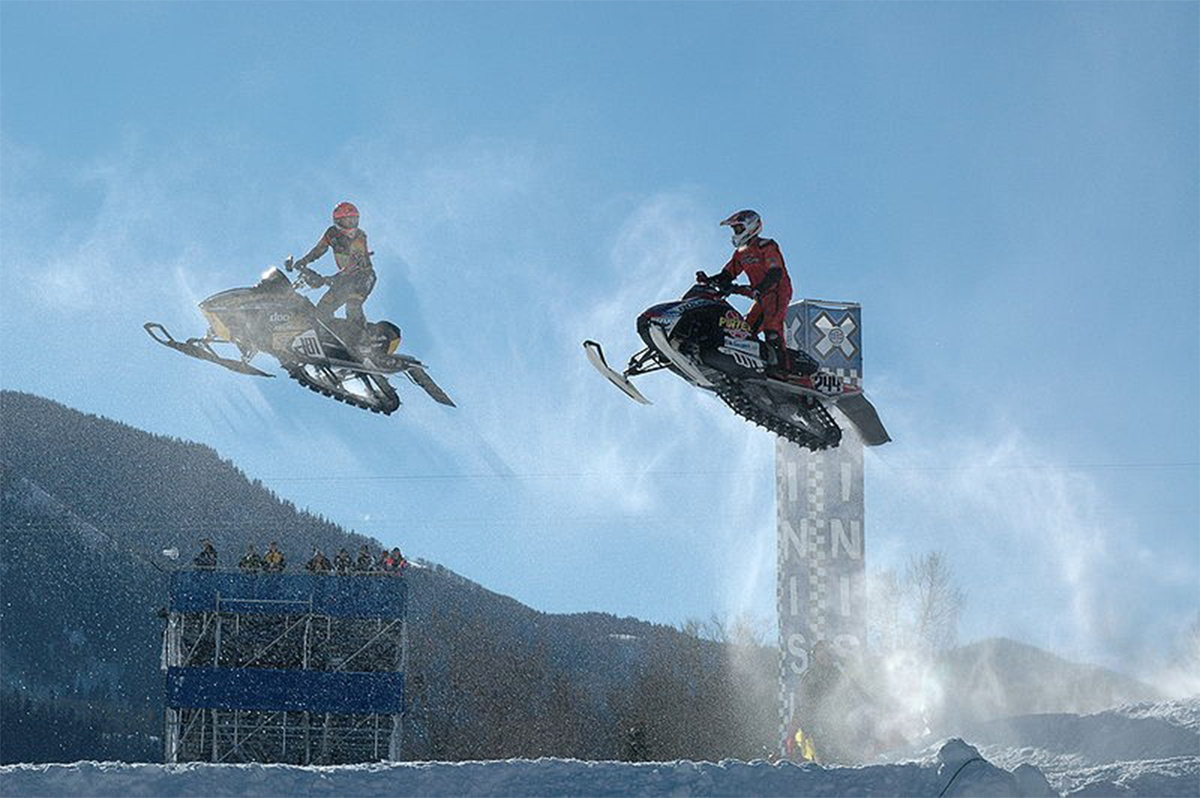 Pro snowmobiles can weigh over 100kg - definitely not something you want to lose control of, or get stuck under mid-backflip.

Falling off one of these things in high-speed is very painful in this environment as your body becomes rigid from the cold and a river of adrenaline flowing through you.

The Art of Eight Limbs

This fighting spectacle is something to remember. The rules of Muay Thai are quite alien to the traditional boxing rules in the West. Muay Thai, or “thai boxing” is known as “the art of eight limbs” because of its many points of contact. Fighters overcome opponents with a barrage of punches, kicks, elbow throws, clinches and more for a flurry of movement that’s as devastating as it is skillful. This full-contact fight sport is a cut above the traditional boxing experience, with a whole dimension of movement that’s incredible to watch.

Muay Thai fights are held throughout the world at registered events, but if you want the real thing, you can venture to the source. Bangkok, Thailand hosts arguably the best Muay Thai in the country, with championship bouts held at Lumpinee Stadium and Rajademnern Boxing Stadium. If you’re ready to try your luck at Muay Thai with a great boxing gym, Bangkok has a lot to offer beginners and seasoned pros alike.

To any normal individual, being at the full mercy of gravity at high speeds doesn’t sound too appealing. This is exactly what Street Luge, one of the world’s fastest non-motorised racing sports, is all about. Lugers lie on a wheeled board (essentially a large skateboard) and race down winding concrete hills and tracks.

By lying down on their boards, lugers can hit speeds of over 150 km/h

With a number of competitors racing you down the track, slip ups are common and injuries are definitely not rare. The outer barrier of the luge track is often lined with hay bails to lessen impact and avoid serious injury, though at such speeds it’s the lucky ones who get out unscathed. Born in California and gaining worldwide popularity, street luging is now worldwide, though not quite mainstream. The International Gravity Sports Association governs this high-speed thrill sport and hosts the IGSA World Cup Series Championships.

And there you have it...

From the painful to the straight up death-defying, our exploration has unearthed some absolute adrenaline gems guaranteed to separate the boys from the men and the girls from the women.

Whether it’s braving the forces of nature, conquering machines or staying alive in the ring, witnessing these modern day feats of courage is a life-changing experience. A far-cry from the family-friendly charity softball game, these spectacles of sport are an incredible experience because they all share one thing in common - the triumph of man over fear.

As you can probably guess - definitely don’t try these at home.

What is the most dangerous sport in the world?